I recently bought a damaged Chrony F1 from a chap that had accidentally shot it, it never ceases to amaze me how companies can design and sell things that by design you shoot at and not put adequate protection in front of the delicate electronics.

The front casing had been hit and had a large dent in it that cracked the LCD and dented the crystal body, after a suggestion from John on the Facebook group "SHOOTING CHRONOGRAPHS U.K." I looked at Radio spares for a replacement and bought this screen 184-7715, it worked like a charm and after a bit of panel beating and a lick of Hammerite Dark Green paint it looked as good as new.
One other thing I did before shooting at it was to buy some 10mm Acrylic sheet from eBay to make some clear shields to protect the display and the rear sensor block.

So when I started to use it I realised that I'd have to write down the readings and calculate the power myself later ..... s*d that! surely there's an app for that, if not I'll write one.

So I created an app to record the readings after each shot with the option to speak the value if you prefer and automatically calculate the power using the pellet weight you entered.

I also learned of a secondary Android market called Aptoide, to which I added some of my apps so they can be downloaded from one place.

The link to my store is http://gadjetware.store.aptoide.com/ there are other apps there as well, if you think it's worth it buy me a beer using the beer icon :-) and I might add more features.

I found the serial communication protocol for the Chrony F1 and when I get a chance I'm going to look into adding the Chrony remote functionality to my PC software and maybe make a Bluetooth interface so your phone can talk to it.
at June 06, 2016

Hi.
I build chrono based on your design, but with wide window to shoot through.
I have problem with multiple sensors connected to one analog input.
Can you tell how it is done in chrony? Is there one sensor with lens or multiple sensors?

As I can see there is one sensor, photo-diode I think, with a couple of lenses in front of it to give a narrow field of detection.
There is a lot of electronics around the sensor, I assume some sort of op-amp configuration to process the analog signals.
As you know, my design uses a digital sensor best suited to a tight, narrow beam.
I did a circuit many years ago that used three IR photodiodes to give a wider detection range with analog processing. 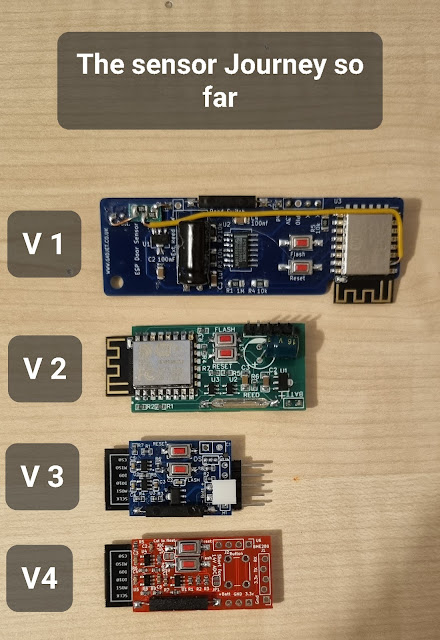