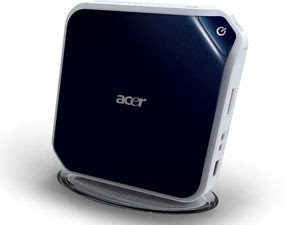 Acer Revo 3600
Having tried a couple of different media centres, none of them gave the same wonderful experience of the original Xbox paired with XBMC.

The last media streamer I used, to replace the Xbox, was the WDTV Live, this was very good at playing anything I asked it to including 1080p.

Although it was good I still missed the fantastic interface of the XBMC software with its skinnable interface and its rich feature list.

One of the main reasons I think XBMC is so good is that it's open source and written by people who use it, therefore it has all the features that you'd think of yourself. This is where, in my opinion, other media streamers fall down, their interfaces are more 'Corporate' written to a budget and a timescale.

After getting the Revo 3600 from Ebuyer, (Linux, 1GB RAM, 160GB HD) the first job was to install XBMC for this I used the XBMC Live version, which contains its own small footprint version of Ubuntu and once installed it boots up in around 20 seconds straight into XBMC.

The Revo comes with a lite version of a Linux operating system, which opens up into a simple menu allowing browsing, music and chat.

Other options are to install Windows or Ubuntu as the main operating system and install XBMC as a programme, this is a good option if you want to other things with the PC like browsing the net or reading email etc.

I installed XBMC live using an external USB CD drive and chose the install option from the startup menu, using the whole drive.

There are a couple of issues you need to sort out with the Revo to get a good media centre, the remote control and surround sound.

Finding a USB to SPDIF converter took some time, the most popular one was a 'Turtle Beach Audio Advantage Micro' but this was difficult to buy in the UK due to it not meeting some EU requirements so I had to take a gamble on a converter I found on Ebay, although the description 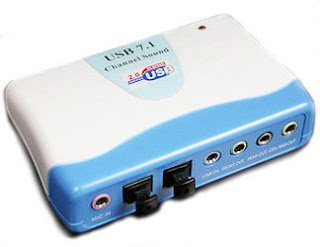 of this item was very vague and looked like it might only support stereo PCM from the optical output I decided to take a gamble and ordered it.  The gamble paid off as it outputs multi-channel audio from the Toslink output.

To find this converter, google

One tip though, if you can find it from a UK seller check their feedback first because some sellers say they ship from the UK but actually ship it from Hong Kong.


Things still to do
I'm using the Ethernet connection on the back of the Revo for my network connection but I would like to get the Wireless function working in XBMC Live but it's proving a bit difficult....... oh well you can't have everything.